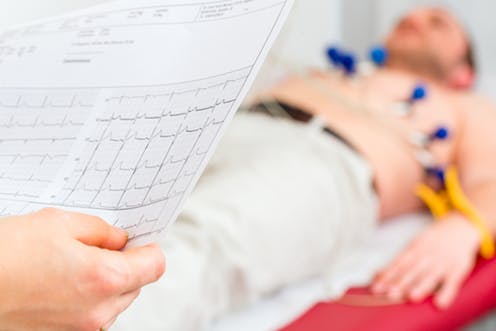 959 charts of autologous transplant recipients were reviewed during the years 2010-2015 at the University of Kansas. A Multiple Myeloma, Non-Hodgkin’s Lymphoma, Hodgkin’s Lymphoma, Germ Cell Tumor, and CNS Lymphoma were diagnosed.

80 patients (8%) developed an arrhythmia in the first 30 days of transplant. 90% of the cases exhibited atrial fibrillation; was most common. Risk factors incorporated age, 51% of patients were 60 years or older. Preexisting conditions showed hypertension in 48% and a history of arrhythmia in 34% of the patients. Other precipitating factors were hypokalemia (41%) and neutropenic fever (46%) between those who progressed arrhythmia. No correlation was shown among the underlying disorder or conditioning regimen with the risk of cardiac arrhythmia in the group. The median length of hospital stay was extended to 20 days among those with cardiac arrhythmia as compared to a median of 14 patients without arrhythmia, inclusive of 11 patients who needed ICU transfer. The overall cost including cardiology consultation was determined which was incurred by patients with arrhythmia.

Thus, it was concluded that autologous transplant recipients exhibited a persistent risk, enhanced morbidity, and extended hospital stay in the modern transplant era. The age, hypertension, electrolyte imbalance and neutropenic fever were the main risk factors. Renal dysfunction was shown as an additional risk factor by other studies. Prospective studies are authorized to organize risk models for arrhythmia and beneficial therapeutic interferences.