Women have more poor prognostic factors associated with cardiac arrest than men was consistently shown in the studies analysing gender-based differences in outcomes following out-of-hospital cardiac arrest. Furthermore, women acquire suboptimal resuscitation care with less likelihood of obtaining bystander CPR than men impacting their discharge survival and survival with good neurological function. Inspite of this, women have a greater likelihood of ROSC compared with men after accounting for baseline characteristics. Thus, women might be expected to have higher survival because ROSC is an intermediary to surviving to hospital discharge. But, most studies have not noticed increased survival to hospital discharge for women. Thus, Mody P, et al. conducted a study to analyse gender differences in outcomes in patients successfully resuscitated from out-of hospital cardiac arrest, with the data from two large, multicenter, randomized trials to better understand this discordance among ROSC and survival to discharge.

The primary study outcome was survival to hospital discharge. A rate of survival with favorable neurological function at discharge was analysed; described as a Modified Rankin score ≤3. A DNR order rates, WLST rates, and rates of guideline-recommended procedures such as TTM and CAG were also compared.

Figure 1: Association of women with survival to hospital discharge stratified by Do Not Resuscitate order status and Withdrawal of life-sustaining therapy

There were no substantial differences in survival in men versus women with no ST elevation (OR for women 0.88, 95% C.I. 0.72 – 1.08, p=0.22). Finally, there was a substantial interaction among CAHP score and gender with correlation with survival to hospital discharge in restricted cubic spline analysis (pinteraction = 0.001, Figure 2). 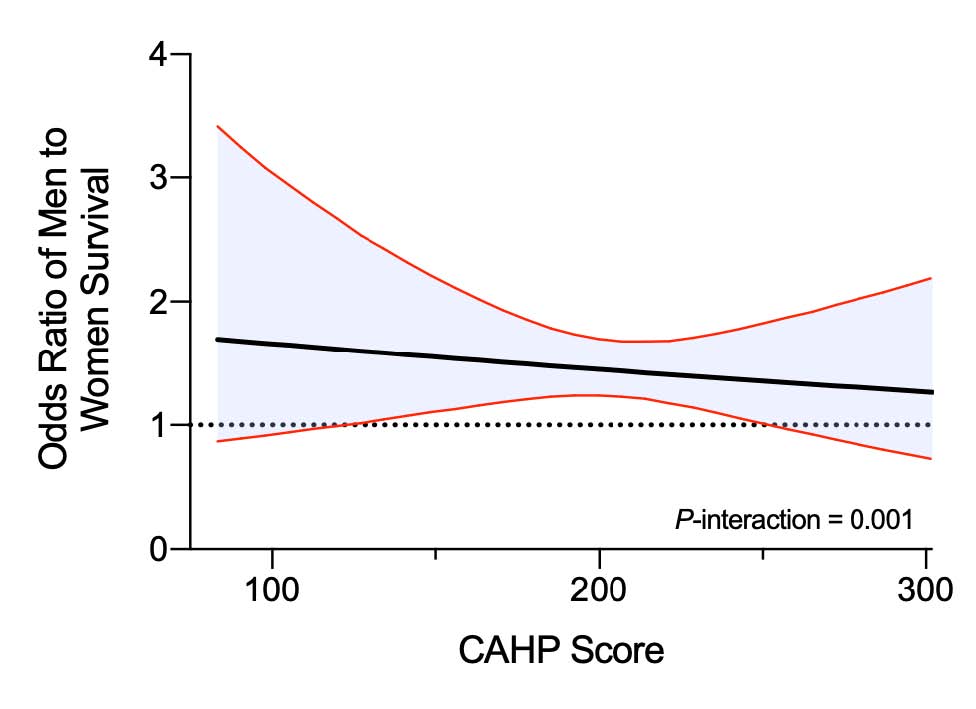 Rates of angiography were substantially lower in women against ST segment elevation on the initial electrocardiogram. Women showed numerically lower proportion of TTM utilization not meeting statistical significance with regards to TTM in patients with initial shockable rhythm (54.5% vs. 58.9%, p = 0.10). In contrast, the use of TTM was substantially lower in women in patients with initial non-shockable rhythm (vs. men) post ROSC (28.9 vs. 33.1%, p = 0.01) (Table 1). 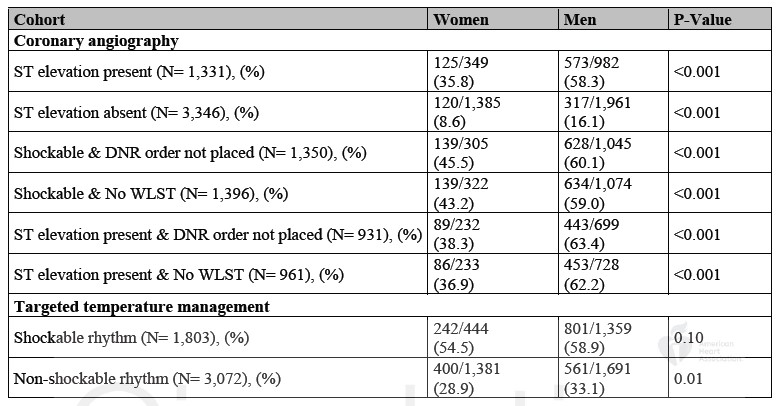 Table 1: Rates of coronary angiography and targeted temperature management among select group of resuscitated patients in primary study cohort based on presence of ST elevation on electrocardiogram, initial rhythm, and Do Not Resuscitate or withdrawal of life-sustaining status

Thus, it was concluded women less commonly survive to hospital discharge in spite of higher likelihood of return of spontaneous circulation than men that in a large, contemporary group of patients with out-of-hospital cardiac arrest. This difference in survival is most evident between women who were expected to have a beneficial prognosis. Furthermore, women less commonly acquire in-hospital procedures known to enhance survival following cardiac arrest.